I can not believe that it is already August. Where has this year gone and who took it? It really has been a very good year on so many levels. I am just keeping my focus on what it is I truly desire and where I want to head. I am looking forward to the rest of this year. My schedule is filling up nicely and I am still trying to add one or two more gigs. I would love one in the beginning of October and the beginning of December. 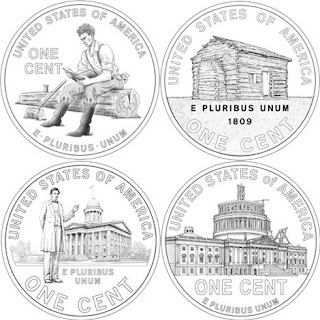 So yet again I am dismayed by the US Mint. Not only are there going to be all of those new quarters from the US Territories that I talked about a few months ago NOW there are 4 new pennies. Why are we continuing to produce a coin that has ABSOLUTELY no value. (Although I did like placing them on train tracks when I was a kid to flatten them out) But...Do not get me wrong I am a huge fan of Mr. Lincoln and I think that he deserves to have his likeness on our currency. But I mean really he has the five dollar bill the penny really is rather useless. (unless you are on Illinois toll roads. Would it just not be easier to round up or down? And the thing is not even made out of copper anymore, it just has a copper coating over zinc.

And I have only just learned that there is some random Presidential Dollar Series. It seems it started in 2007 and I have only now just learned of it. I guess I was too wrapped up in collecting my quarters. Not only is there a display for the quarters there is a collector BOX. How fun will this be. I think I need to get on this! It would be so much better than pennies don't you think. 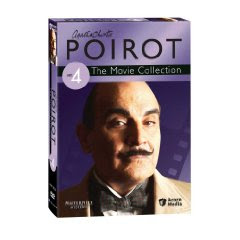 I have been patiently waiting for the release of the 2 new Hercule Poirot DVD's from the 2008 TV season. I have the entire collection of that as well. I love to work and watch/listen to David Suchet play the "worlds most famous detective" They are so beautifully filmed and the production values are beyond compare. These were just released and I had to sort of splurge a smidgen on myself. I am enjoying one now. So needless to say, this post is taking much longer than it should to finish up.

I am off to Albuquerque on Sunday for a visit with Terri for a few days before I take off to Dayton and then off to Philly and Chicago. My classes for Philly are filling up nicely and I only have a few slots left in each session. I am looking forward to seeing everyone again. I am missing all of my friends since Bead & Button.
Posted by Anne E. Mitchell at 10:29 PM