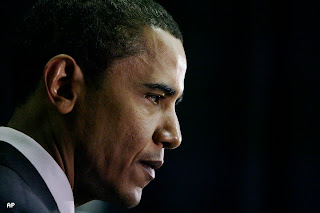 I never thought that I would see, in this day an age, in our nation, a small, ignorant and short minded group, under the guise of patriotism, refuse to admit their own short sighted bigotry. This entire "birther" issue has absolutely nothing to do with our nations President being born in the USA but it is absolutely and totally about his being black.

This resolute refusal to accept that an exceptional individual could come from a minority group in our country, utilize the system provided and attain the greatest seat of power this nation can offer one of is citizens flies in the face of the countries deepest creed; "Achieving The American Dream". Or is this "Dream" only for the "White Folk"?

When I see a *man (disclaimer: I use that term with the greatest of reservations) like Donald Trump pandering to the absolute lowest common denominator & stirring up this race based vitriolic dialog and baiting these groups to further his own fame the worst of all possible behavior for a *person (please see above disclaimer) in his position of being able to command attention and TV time. 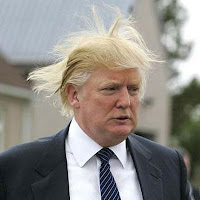 I absolutely loved Ron Reagan's comment on MSNBC's Hardball last evening asking how we could take person with a "confectionary cotton candy combover" seriously and WHY were we paying him nay heed. I was also proud of Lawrence O'Donnell's attack against NBC's entrainment division for allowing this farce to continue when Trump may already be contractually committed to another season of his FAKE Reality TV show.

I watched the news in spurts over these last 4 weeks due in most part to the entire month of April being spent driving over 7300 miles up and down the East Coast for 3 gigs in 3 weeks AND moving my mother into her new apartment. I was actually shocked to see that this story still had ANY teeth left to it after EVERY news agency and even that flake Bill O'Reilly from Fox saying that this should end due to the fact that there has been absolutely no evidence to support these ridiculous notions.

There were no riots in 2008 over the fact that John McCain was born on a military base in the Panama Canal, ANOTHER COUNTRY, and the issue was put to rest as soon as everyone said it was okay. Is this because he is the "White Guy"? I am actually starting to really believe so and that there is a group of individuals in this country that just cannot resolve to accept that a black man is our Commander and Chief.

This ability of these hate mongers to find each other and gain momentum is due solely to the rise of the Internet. This form of information retrieval and communications devise is as much a blessing as it is a curse. It allows the insanity gain footing and yet at the same time it lets me voice my absolute dismay that it can continue.

I was as proud as I was saddened yesterday as I watched our President address this issue yet again. My overriding thought was that he was actually doing this as much for our nation as he was for his children. My heart breaks for those two beautiful young girls as well as his wife Michelle who also has to witness this attack on her husband.

I cannot abide hatred and bigotry, I cannot fathom a persons hatred for the color of their skin. I saw it first hand just over a year ago in my classroom in Santa Fe, when I was playing music for the students to work to, and a male student called BB King a "Screaming F-ing N-word" in front of my class.

We need to make a choice in this Nation of ours.

Are we a true melting pot or not?
Are we a Nation that believes in attaining the American Dream?
Are we or are we not and entire nation of immigrants?


If not, I would kindly ask those that do not believe in equality for all to leave the country and choose another place to reside.
Posted by Anne E. Mitchell at 11:47 AM

Anne, could not agree with you more! I've been saying that the whole tea party movement and attacks to Obama as president has nothing to do with his political stands and direction, but a sad revival of racism...

Anne, thank you for your thoughtful post After the President’s news conference, I was happy that he showed the infamous birth certificate, because Donald Trump’s manic rants were really getting out of control. But I was, at the same time saddened, that this man who holds the highest elected office in the land and is considered to be the leader of the free world has to prove his place of birth to the nation. When he is totally alone with his thoughts, because if my history, I can imagine his feelings of “being less than” and asking himself, “What else do I have to do to be considered worthy?” I look at people like Donald Trump and ask, “What has this man done to you that makes him worthy of such malice?”

The saddest thing for me is knowing deep down that after all our achievements, I can never tell my children with conviction, that even though, they have followed all of the rules, worked hard, did the best job that they can do, that they will be accepted, without question, as a full-fledged, worthy citizens of these United States. My brother, who was awarded the Purple Heart, with the V for Valor, and a Bronze star, was killed in Viet Nam in 1967; while we were fighting for the right to use the handiest bathroom. I was a college student and I wondered, “Why?” My son is currently serving in Afghanistan, in a war that I hate. Although it’s now 2011, I’m still asking, “Why?”

Anne, you are so right on!! we have so much more to deal with than to listen to this clown talk about our president the way he does...
I worry that its all some kind of distraction to get us away from the real issues at hand...I was so proud of the president for his comments on this...